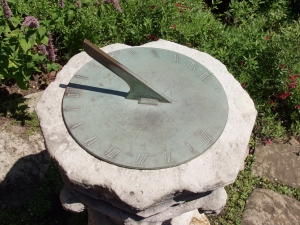 If only we could travel back in time!  Where would you go?  Who would you speak to?  Your past self, to tell them to avoid going out with Mr Nasty?  Or some famous public figure?  Would you go back in time to buy up shares in something or other, to make yourself a billionaire in the here and now?  Or would you take back a bunch of antibiotics to get rid of the plague?

I often think I’d like to go back in time to meet various ancestors.   I’d love to go on that journey from Falmouth to Deal that John and Elizabeth Reed undertook when he left the merchant navy and joined the newly formed Coastguard Service.  I’d have liked to help Elizabeth with her four or five small children on the company boat and reassure her that although the new place was going to be different, and the people in Kent wouldn’t speak the same language, that she would be okay, that she would get used to it, and to tell her to be careful of her health.  It must have been like going to the other end of the world for her in the 1830s.

Mostly I think, I would have liked to have a quick chat and a cup of coffee with King Harold.  Maybe my black jeans and glam top from Evans would have been enough to convince him I came from the future?  or my self-tanning body lotion?  Big earrings?  I’m assuming my phone won’t work back then.  Maybe a pack of raspberry pop-tarts would convince him?  I would like to pop in and have a coffee with him, catch him during his brief respite in London after his victory at Stamford Bridge (the battle not footie).  I’d give him a bit of a talking to.

“Harry,” I’d say, “you’re just one man, I know not all the rough rude sea can wash off the oil from the God’s anointed, (oops sorry that’s not been written yet – note to self – must go back in time and write Richard 2 before Shakespeare gets his mitts on it).  But you can’t do it all.  Stay here for a couple of days, take in a show, do a spot of sight-seeing.  WAIT until the rest of the lads arrive, don’t go rushing off to sort out Bill from Normandy.”  Because that’s just what he did – a big set to Up North (anywhere beyond Watford), with Harold crushing the insurgents, then a mad dash South, a quick fuel stop in London, then arriving panting and short-staffed in Hastings, ill-prepared and even worse equipped to meet William in the field of battle.  Literally!  (For overseas readers, the Battle of Hastings took place not at Hastings, but a few miles inland where there is a lovely town by the name of Battle.)  “Harry, my boy,” I would have said …

“My Liege, if I may speak boldly.  Tarry a while here in London, Good Sir, rest and gather your strength.  Wait until ALL your men arrive from the North and you will have sufficient numbers to overcome this young upstart from Normandy.  allow your knights and their men time to rest and eat and prepare themselves for the conflict.  Do not dwell on William’s escapades in Sussex, another two days will save the crown and your people.  then it will be time to march on Hastings and with both weapons and strong men, you will not fail to win the day.  Also, I pray thee, don this helmet with yon strengthened visor to protect the Royal eyes from arrows.”

I bet he would have gone anyway.  You know what lads are like when you try to boss them about.