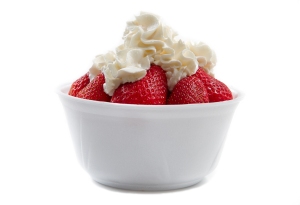 When I was a little girl, in the 1960s in Tunbridge Wells, it was I think pretty normal for elderly close friends of the family to be referred to by children as Uncle and Auntie.  I had a couple of Uncles and Aunties who weren’t really family but were friends.  I have written quite a lot about Auntie Zonya, a unique soul and wonderful woman, an enigma.

But living in our grand old house in Tunbridge Wells, there were others.  In the room next door there were two hairdressers, two men, who went ‘professionally’ by French names – deemed more ‘suitable’ for hairdressers.  One called himself Rene (or Rennie as we used to say), I can’t remember what the other one called himself.  They were very ‘artistic’.   Of course now I look back and realise they were a gay couple, but in those days they were simply glamorous, artistic people, who lived together for convenience and to save money.  None of us living in the house had much of that.  It was a house full of similar people – no estate, no money, not much of anything.  There was an artist who made me a cat mask.  On the top floor was the elderly lady who owned the whole house, Miss Lilian, she had snow-white hair and almost never went out.  I was a bit scared of her.  We were a strange little community.

And in the room next door but one, on our floor, was an elderly man who lived alone.  His English was good but heavily accented.  He was from a exotic-sounding place I had never heard of – Yugoslavia – and he had come over during the second world war, and had never been able to return.  He was all alone.  Family left behind, unheard of, out of touch, maybe dead.

He always used to give me a little glass dish of tinned fruit with tinned cream poured on top, and he used to sprinkle sugar on the cream.  He kept the tins for me, in his little cupboard.  He used to tell me to run and ask my mum if it was okay for me to have it.  She always said yes, and told me to say thank you.  My mother could rarely afford such a treat.  I didn’t get much pampering (neither of us did) and I hadn’t much experience of father figures.

But Uncle Harry was gentle and indulgent.  He was softly spoken and kind.  He never told me off.  He let me chatter.  He told me stories.  He gave me pudding!

Whenever I have a dessert with cream, even now, 50 years later, I sneak a bit of sugar on top.  And when I am sad, or worried or bored, sweet things are what I crave.  Especially dairy products.

I remember sitting at his dining-table, my legs dangling, unable to reach the floor.  I felt safe.  I felt loved.  I had an uncle-figure, an older man, wiser, who had weathered storms to make his home in a bedsit in Kent.  He added hope to my life.  I wish we hadn’t moved away, I would have liked to know him when I was older.

New blog post:
‘A hard jab from the pistol recalled her to what she was supposed to do, and her fingers trembled on the clasp for the second time that night as she began to undo her necklace. He laughed at her terror, whilst she heard a number of ladies gasp...’
No one ever leaves anything like this on my street! #notfair #catsofinstagram #writerswithcats
Out today: Helena Forbes new thriller Deception
Author Interviews A Writer's Life Blogs Everything Flash Fiction Genres and Authors Life Writing Sneak Peeks Uncategorized writing technique
Loading Comments...