At The WIP Crossroads 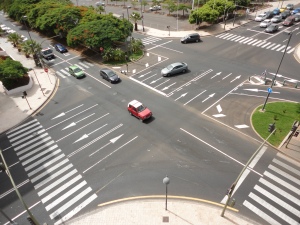 WIP stands for Work In Progress.  What we really should call works in progress is WIFITDSE.  But I know that doesn’t exactly roll off the tongue. It stands for Work I Frequently Interrupt To Do Something Else.  I know I’m not the only guilty one here …

And what I’m talking about here is not wandering off and doing something totally different.  I’m not talking about displacement activity or your basic everyday procrastination.  I’m talking about Legitimate stuff that still somehow gets in the way.  Research.  Plotting.  Even proofreading and editing.

And with my current WIP – oh it’s been so hard to just sit down and get on with it.  There are a couple of reasons for this.

One is I’m a bit of an anti-planner.  If I plan my book, then something in me just puts its pen and paper away and folds its arms and says, ‘well, I don’t wanna …’

I do plan – a bit – I know roughly who is going to get snuffed out, and I know roughly who will make that happen.  But some writers I know – quite a few actually – have a chart or a big page or something, all spread out and every chapter laid out, who does what, who says what, what happened when they were all having breakfast, that kind of thing.  I don’t have that.  I have a few snatches of conversation in my head, as if overheard from another room, and possibly a couple of facial expressions, and this is all often scrawled on the back of an old envelope then stapled into a notebook.  During the course of the first draft I scribble a list of characters, their names, ages, occupations, and I only do that because I get confused by the ‘Mrs X said to Mr X “I wonder if Mr X has seen Ms X?” ‘

So I’m not really a planner.

The second thing is, I sometimes have so much fun thinking about the possibilities, I don’t actually write the story.  I think, if Mr X hit Ms X with the blunt instrument, this would happen.  Ah, but what if it was Mrs X who hit her, but Mr X confessed to it …ooh that might work …  and so it goes on.  So many permutations, so many exciting, unplumbed depths.  Once I even gave up on a story because I couldn’t decide what to do when I reached a crossroads in the story and I allowed myself to become overwhelmed by the possibilities.

And that’s where I am at the moment with the WIP and that’s why it’s taken me a fortnight to write five short chapters.  I can’t make up my mind who is going to be the baddie.  I think I need a map …  or – maybe I DO need to plan, after all?

3 comments on “At The WIP Crossroads”