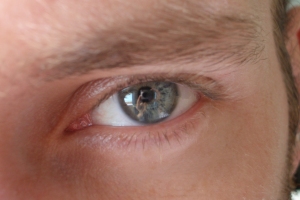 It was his eyes that charmed her, she told me.  He was older, educated, experienced.  A devil with an irresistible smile and those Irish eyes.  He stole her heart, she told me.  They were married by license in the Church of the Holy Ghost in Nightingale Square, a Roman Catholic church in London on 1st September 1928.  She was 20, he was 35.

Years later, he stole off to Soho to live with a young Chinese boy, proving that not everything is as it seems.  She told me he worked for the government (yes, I discovered he was a Crown Agent, working for the Revenue Service overseas) and he took her to China, Hong Kong, Australia, and finally to Singapore.  She said they were still there when the Japanese arrived in – was it 1939 or 1940?   She said they lost everything, including their children.  But were there really any children?  I remember as a youngster I asked her their names.  She told me it was too painful to talk about them, and maybe it was, but when I cajoled she said her daughter’s name was Melody.  I thought that was a wonderful name, decided I would call my own daughter that (I didn’t).  I believed her then, not sure I do now.  As a child you don’t realise how complicated people are.  Or life.  You definitely don’t realise as a child how complicated life is.

She was fluent in Cantonese and she loved to cook Chinese food, loved all things oriental and her tiny bedsit was hung with painted and embroidered silks and carved wood and lacquered trays.

Everything she had was fascinating to me as a small child, but nothing was so valuable or so important I couldn’t touch it.

She had bamboo and jade and silver, wind-chimes and trays and pictures and jars, jewellery and scarves and shawls – precious and intricate and incredible things.  She had a huge heavy seal ring, she had cushions and pillows and tea boxes, all crammed into her bedsit in an old house in 1960s Tunbridge Wells.

But for all that, she was alone, no Patrick, no smiling eyes.

Happy thanksgiving to all my good friends around the world xx #thanksgiving
Lunch mwhahaha
Just realised I’m sitting in Costa with my shirt on inside out #writerslife #amwriting
Pick-up-sticks is a lot more complicated than I remember!!! #writerslife #childhoodmemories
Author Interviews A Writer's Life Blogs Everything Flash Fiction Genres and Authors Life Writing Sneak Peeks Uncategorized writing technique
Loading Comments...
%d bloggers like this: